All existing owners should have received updated boxes by now! If not, swing by the mainstore to grab a redelivery.

Also, I want to show some of the things you can do with the Feety Peets and Handy Paws with BoM enabled! You can now wear stockings, socks, gloves and arm/legwarmers. They won’t layer over the top of claws or pawpads, but can be used with some creativity. BoM layers for markings are included with the Handy Paws and Feety Peets too, so you can use them below layer clothing. 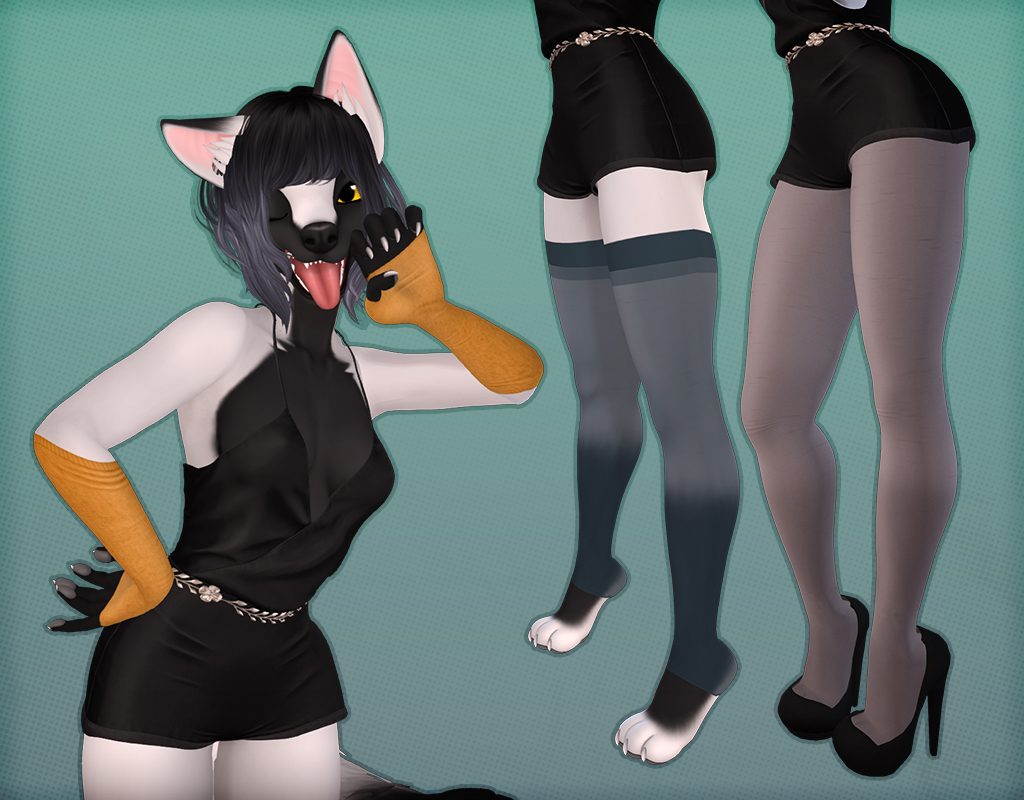 plus, Kaithleen’s – Lewis Romper, Olive – Steffi Hair, Cerberus – Canis Bento Head & Ears, on Belleza Isis body.
Body textures are a personal mod (the original mod that the Fox Thing mods are based on!)